Ancestry.com learns, or at least teaches, a lesson 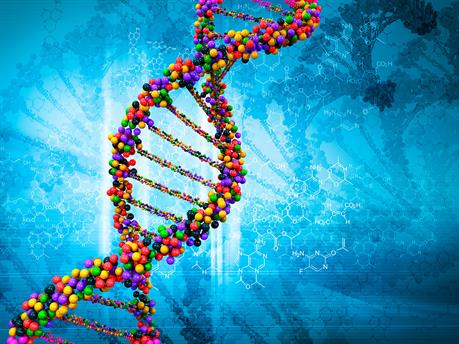 There's been a flap in the news lately about the genealogy and DNA-testing site ancestry.com ("Ancestry"), which among other things offers to test users' DNA to ascertain their national and ethnic ancestry. Their terms of service, which (as they will remind you if ever you are in violation of them) constitutes the contract between them and the user, was found by one eagle-eyed privacy crusader to contain a license from the user to Ancestry granting it a "perpetual, royalty-free, worldwide, sublicensable, transferable license" to the user's DNA data. Once the publicizing of these terms generated the predictable firestorm of consumer protest, Ancestry started walking back the implications of this and said that users could order the data deleted and could limit its dissemination and use, for example to prevent commercial pitches keyed to their presumed ethnicity.

While most of the debate over this kerfuffle centers on the desirability of amassing extensive databases this way and how consumers can channel or deflect their use, what caught my eye was Ancestry's protestations that the perceived misuses of the data identified by the blogger were not the uses Ancestry intended. They have since said that they would revise their terms to make it clear that any forward use of customer DNA data had to be expressly authorized (what's called an "opt-in" system). In effect, they have admitted that their terms did not really express their business model. If that's the case (which it may or may not be), there's a lesson in it.

I have long been an advocate of the maxim that one should never presume malice behind any behavior that can adequately be explained by incompetence. No doubt Ancestry commissioned one or more lawyers to draw up its terms of service, and those lawyers probably cut and pasted language from other sites and services for what may have been completely different types of business. As one does in the absence of any contrary statement from a client, the lawyers may have used the grabbiest grant of authority they could muster, using the conventional language of intellectual property licensing. Did the lawyers discuss with the client the extent to which this language conveyed the business message Ancestry intended, or did they just assume that as long as they had secured all the rights the client could possibly want, anything less than the moon and the stars the client actually wanted to do would fall well within that capacious framework? Obviously (disclosure: Ancestry is not [yet] my client), I don't know; but it wouldn't surprise me if that's what happened.

The lesson here, as I try to explain to clients, is that the client's contracts should be seen as an integral component of its marketing plan. A well-drafted set of terms that reflects, rather than contradicts, the message the client is giving to its customers, enhances its credibility and reliability. Even if asking for too much doesn't land the client in a swamp of public confrontations as befell Ancestry, it's just good business to say what you mean and mean what you say. A lawyer who has not taken pains to ascertain that this is so has not done a proper job.