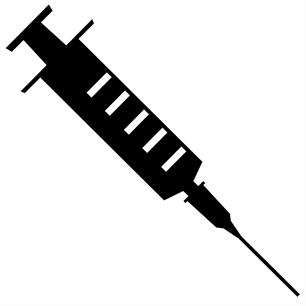 Holy hypodermic, Batman! Since my exposure to the pharma industry is pretty tangential, I haven't been following this dispute between Fresenius, a large German drug company, and Akorn, a US company it had agreed to acquire and then sought to drop like ein' heißen Kartoffel. The Delaware Court of Chancery handed down its judgment in the case Monday in an opinion by Vice Chancellor Laster, and it's quite remarkable--the opinion, for all its 246 pages, is quite the page-turner and discloses a pretty sordid set of facts. You can find the case here. The detailed description of the facts begins on page 7 and runs through page 32. After reading the whole thing, I came away with a number of lessons:

1. How not to run a drug company. Well, read the facts. Bottom line, top management at Akorn had, shall we say, a pretty casual attitude to data integrity in its development process, to quality assurance and control, and to its regulatory and disclosure obligations.

2. How not to do due diligence in a merger. Fresenius was not, in my view, entirely free from fault, though its sins didn't rise/sink to Akorn's level. Its major failure was in the completeness of its due diligence review, which every buyer in a merger and acquisition (M&A) transaction must do, especially in light of the fact that both companies (at the top level) were publicly traded, and the deal was valued in the multi-billions. Fresenius gave Akorn a pass on reviewing its compliance and QC functions, relying instead on getting a representation in the merger agreement that everything was hunky-dory between Akorn and the FDA, its regulator. While such assurances are essential in merger agreements, an ounce of prevention would have spared what must have been millions in legal cure. The opinion deliciously details the varying attitudes of the Fresenius management team, from the cautious and skeptical Germans to the gung-ho Americans.

3. How not to draft a contract. As you would expect in a deal of this size, each party was represented by high-powered law firms in drafting the merger agreement. From the excerpts quoted by the court, it's clear that the drafting was BigLaw pea soup at its thickest. Clauses were piled on clauses with exclusions and exceptions to the exclusions creating an unintelligible mass of near black-hole density. More pertinently, it created areas where the standards to apply in cases of default were unclear and potentially contradictory. I'm tempted to quote a notable public figure here: sad.

However, there's something interesting that is discussed in this case, which is that M&A boffins and panjandrums have concluded that sometimes vagueness is a virtue. When coming up with the clause that gives the buyer an out if the seller's business tanks or some other untoward event happens (for example, not meeting its regulatory obligations?), the parties usually refer to "material adverse change" or "material adverse events." That's usually a defined term with capital letters, but when you go to the definitions, you'll usually find that a Material Adverse Change is a change in the seller's business that's, well, materially adverse. So why can't a lawyer billing four figures an hour (that's to the left of the decimal point) figure out something a bit less tautological? That's because the vagueness gives the parties an opportunity, when something happens that might qualify as a MAC, to renegotiate the price rather than go to court and let the judge figure out just what they meant. As the judge did in this case, to Akorn's consternation.

4. Why there's only one standard of "efforts." One party was required to use its "commercially reasonable efforts" to do one thing, while the other had to use "best reasonable efforts" to do something else. Different standards, no? No. As my contract-drafting mentor Ken Adams has repeatedly stated, what transaction lawyers take for granted, that "reasonable," "commercially reasonable," "reasonable best" and "best" efforts standards articulate increasing levels of onerousness, is utter rubbish. When an actual court looks at a contract, all these standards come down to exactly the same thing: reasonable efforts. No contract should impose an efforts standard that's anything other than that, because no matter what your contract lawyer assures you, reasonable is all you're ever going to get.

5. Why "material" has many meanings. You see the word "material" a lot in contracts. It doesn't always mean the same thing. There's the general common-law concept of "material breach" of an agreement that entitles the non-breaching party to terminate or obtain relief; this usually requires a pretty severe showing that the breach went to the heart of the parties' bargain, and is a lot harder to prove in court than most people think. Then there's "material" in the sense used in the MAC clause, which is related to, but not exactly the same as, the term "material" used in connection with securities regulation, where the making of a materially misleading statement (or omission) gives rise to anti-fraud liability. And finally, there's the material used in the phrase "in all material respects," which also featured in this case and which is essentially the same as saying "in ways that are non-trivial." Another lesson from Adams is that you should, when you mean the latter, just say "non-trivial," as the court had to go on for several pages (reflecting, no doubt, expensive minutes or hours of oral argument and brief-writing) to explain.

6. Why you shouldn't "execute" a contract (especially when it hasn't committed a capital offense). The court made a passing observation about the two-edged meaning of "execute," a contract: people frequently use it to mean "sign," but as in this case it also means "perform," which is why Adams recommends (and I endorse) always using "sign" to mean, well, sign and "perform" to mean perform. No confusion, no weeping or gnashing of teeth in court.

7. Why choice of law matters. One of those boring old boilerplate provisions in contracts is the choice of law clause, which sometimes also includes a choice of venue (court system). In this case the parties stipulated Delaware law to govern, and the Delaware courts to hear the case. I was slightly surprised that Vice Chancellor Laster just breezed by the legal reason why a Delaware court is OK applying a choice-of-law clause stipulating Delaware law and venue when neither the parties nor the transaction have any relation to Delaware (Louisiana corporation on one side, German and Louisiana corporations on the other, deal negotiated in Illinois and Germany). The general rule in most states is that a dispute has to have some connection to where the court is sitting for them to  apply its law and its court resources, but, as luck has it, Delaware and New York each have statutes that allow parties to any contract, anywhere, to stipulate those states' laws and courts, even without any other connection, provided the contract crosses a threshold of monetary value, which this one plainly did. And in this case the choice was a very sensible one, as Delaware has a deep pool of knowledge and case law involving merger agreements.

8. Bonus fun fact. You will notice that the publicly traded ultimate parent company of the Fresenius enterprise is called Fresenius SE & Co. KGaA. Those letters at the end mean Kommanditgesellschaft auf Aktien, meaning limited partnership with shares, a pretty obscure form of corporate organization. It's been a long time since I had to know about those.