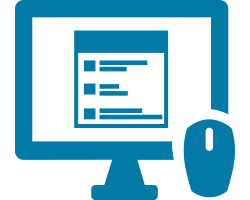 An awful lot of people believe that they can research their own legal needs online and find a free or dirt-cheap legal form that will protect them in documenting their transactions. They’re wrong.

Yes, yes, I know, it’s in my interest to have clients in need of documentation for business transactions come to me (or, more benevolently, any transactional attorney skilled in drafting) to prepare them and not rely on forms they downloaded from the Interwebs. But really, it’s in their own interest not to rely on those forms, and I’ll tell you why:

1. A form doesn’t know you from Adam. People get forms from a variety of places, like those with “legal” and “lawyer” in their names and, for the adventurous, the Securities and Exchange Commission’s EDGAR database (for contracts considered to be “material” by publicly traded companies). The one thing these forms (and their drafters) have in common is that they don’t know squat about your particular business or needs, and they can’t ask you questions (apart from a fairly rudimentary set that document assembly sites use to fill in the blanks) about what you need the document for. This means you have to rely on yourself—and if you’re not a lawyer, and even if you are one in a different area of practice, remember that “a little knowledge is a dangerous thing.” Some contracts, like what you’ll find on EDGAR, will have a zillion clauses, many of which you may not need, and all of which were generated in the course of some other transaction (and, since they were negotiated transactions, will reflect compromises unique to those transactions that may not be advantageous to you). Simple forms may not have everything you need, but you’ll have no way of knowing that. A lawyer with whom you communicate directly will ask questions about you, your business and your deal that will allow the contract to say just what it needs to say and with your interests paramount.

2. You don’t know what you don’t know. You’d be amazed at how many business people don’t think to put the most fundamental and critical elements of their deals into their contracts, just because they didn’t appear on the form they were using. I know a company that sold laboratory services to doctors who were expected to generate referrals and resales of that service. Trouble is, while the contract form this company used permitted referrals and resales, it didn’t require them or establish criteria for how much business the customer had to generate to inform the company’s decision on renewing the contract. Just imagine trying to terminate the agreement for failure to meet these nonexistent criteria—and think about that in terms of litigation attorneys charging upwards of $600 an hour. Where did they get that contract template? Guess.

3. Quality control: you get what you pay for (if you’re lucky). A contract needs to describe the deal to which it relates so that each party understands what its obligations and rights are. It’s not the lawyers who sign the contract, it’s the parties, and they’d better know what they’re signing. Most of the forms I’ve seen online or that are available on EDGAR (indeed, all but one of them) are written in a dialect we’ve all seen and loathed, called High Legalese. It’s rubbish. It’s full of archaisms, redundancies, ambiguities, convoluted syntax and references to legal doctrines rather than desired outcomes. A surprising amount of it is unenforceable in court—and the lawyers who wrote them knew it was. The only exception was a non-disclosure agreement put up as a marketing trial balloon by the high priest of proper contract drafting, Ken Adams. Even the work of pricey law firms, which almost everything on EDGAR is, is an embarrassment. But to the main point, if you don’t know what a clause means, and your counter-party doesn’t know what it means, then if and when a dispute arises (and unclear language exponentially increases the odds of a dispute), how is a court to know? The outcome will be even more of a crap-shoot than litigation inherently is. Here, more or less at random, are a few usages form contracts employ that cause mischief:

4. Random walk through a minefield. As I’ve said, the parties to an agreement want it to say just what they intend, no more and no less, including those things it has to say to be valid and enforceable. But what they intend can only be ascertained from what they’ve put on the page (no, really: there’s a legal doctrine to that effect, and courts are very reluctant to go outside the document, if for no other reason than that it takes up too much time for testimony). Ambiguity is your enemy here—not only is there a risk that a party will have liability for something that wasn’t part of the risk assessment for the project, but also there’s a good chance that the parties won’t get what they did bargain for, because someone got out of the deal on account of incomplete or bad drafting. What a person entering a transaction needs is a document that is suited to the parties and that very transaction, which by definition isn’t what you get from an online form shop, much less from the random examples of other people’s deals that get posted online.

Are there forms online that are suitable for laypeople to use? Sure. Government forms, for example, which just have to be filled in, can at first pass be done by the person who needs to fill them in; but you know as well as I do that a lawyer should review them, if there’s anything significant at stake, to make sure you filled them out correctly or made choices that suit your purpose. Or even that it was the right form. Or that there aren’t other forms and documents needed to complete the package.

In truth, the only people who should download contract forms from the Internet are lawyers themselves, for use as checklists to spot issues. A skilled transactional, contract-drafting lawyer can edit from a variety of sources to create understandable agreements for real people (i.e. their clients) to use in concrete situations. Clients should realize that lawyers (including this one) are happy to chat for free or short money to do a needs assessment, and that any seasoned transactional lawyer will know that the effort to complete a project should be commensurate with the project’s value to the client. It’s therefore a false and potentially ruinous economy to rely on online forms when there’s real money at stake.