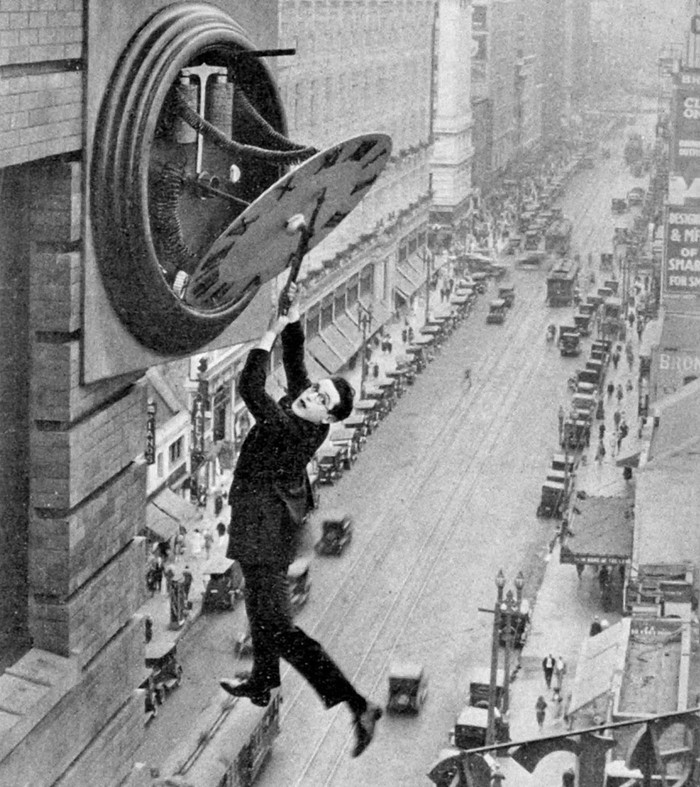 Last Thursday (1°F in Boston that morning—OK, no competition with Minnesota, but still) I attended a program given by Suffolk University Law School’s Intellectual Property section on the subject of the public domain. This was in celebration of the fact that, for the first time in 20 years, works have started to age out of copyright coverage. Thus, works first published in the US in 1923, including classics of literature, art, music and film, are now free for everyone to use. Or pretty much so.

One of the presenters at the program was an actor named Dan Kamin, who has become a devotee of the work of Charlie Chaplin, so much so that he is in demand by other actors as a teacher of how to make the moves, express ideas through body action, that give Chaplin’s performances such timeless value. Among his clients have been Johnny Depp (e.g. the plate-shuffling sequence in Benny & Joon) and Robert Downey, Jr. (including a completely original Chaplinesque sketch for the film Chaplin). As part of his presentation, Kamin showed a 1916 Chaplin two-reeler The Pawnshop, which Kamin had taken from a print of the original (public domain) film, and digitally restored, with a score Kamin commissioned. That he could do this without paying royalties is the point of the public domain in copyright. But it raises some interesting questions that potential users of public domain works (the people this blog entry is addressing) need to consider.

First, from the standpoint of restorers, adapters, editors, compilers, and disseminators, public domain status means you can do pretty much whatever you want with the source material. That means you can treat it respectfully, even reverentially, as Kamin has done, or you can cock a snook at or make a hash of it—anyone remember Macbird? What you cannot do is take a copy that, like Kamin’s, has added new elements to it (e.g. the score) and copy or use those new elements, because they, unlike the original material, are covered by copyright.

Some people making use of public domain material have sought to take advantage of this distinction by making fairly trivial modifications in the original on the thought that this creates a new copyright for their own version. They could think that, but they would be wrong. Courts have held that insubstantial variations in the original do not create a new “derivative” work to which copyright attaches. Likewise, no matter how painstaking and costly the effort needed to clean up and restore a public domain original, without substantial new material, that restoration remains public domain.

I asked Kamin if there were other restorations of The Pawnbroker apart from his own, and he said there were. Each restorer has adopted particular techniques for performing the restoration, shading the film cells, etc., and most have appended their own (copyrighted) music and sound effects. Thus, there is competition even for public domain works. This also suggests that complaints I have heard that having a work in the public domain will effectively create a monopoly for the “first mover” in producing costly restorations or new editions are unfounded. In fact, a presentation by Prof. Paul Heald of the University of Illinnois College of Law demonstrated the economic viability of the public domain, showing that many public domain works exist in multiple editions.

One danger to those seeking to use public domain material is that, in some cases, characters and images that are part of the now copyright-free material might still be protected by trademark where they have continuing life in commerce (we’re thinking about a certain mouse, and even some aspects of Sherlock Holmes). One needs to tread carefully in these areas, though it should still be possible to use those elements that are in public domain: the mouse has changed considerably in appearance over the years, and only a few aspects of the world’s first consulting detective are attributable to the later works of Conan Doyle that remain under copyright.

While the corpus of public domain works will once again start growing, bringing opportunities to those who wish to use them free of licensing fees (and the headache of tracing copyright ownership), the fact that there can be complications leads—inevitably—to the caution that a legal checkup is in order when you want to do so.